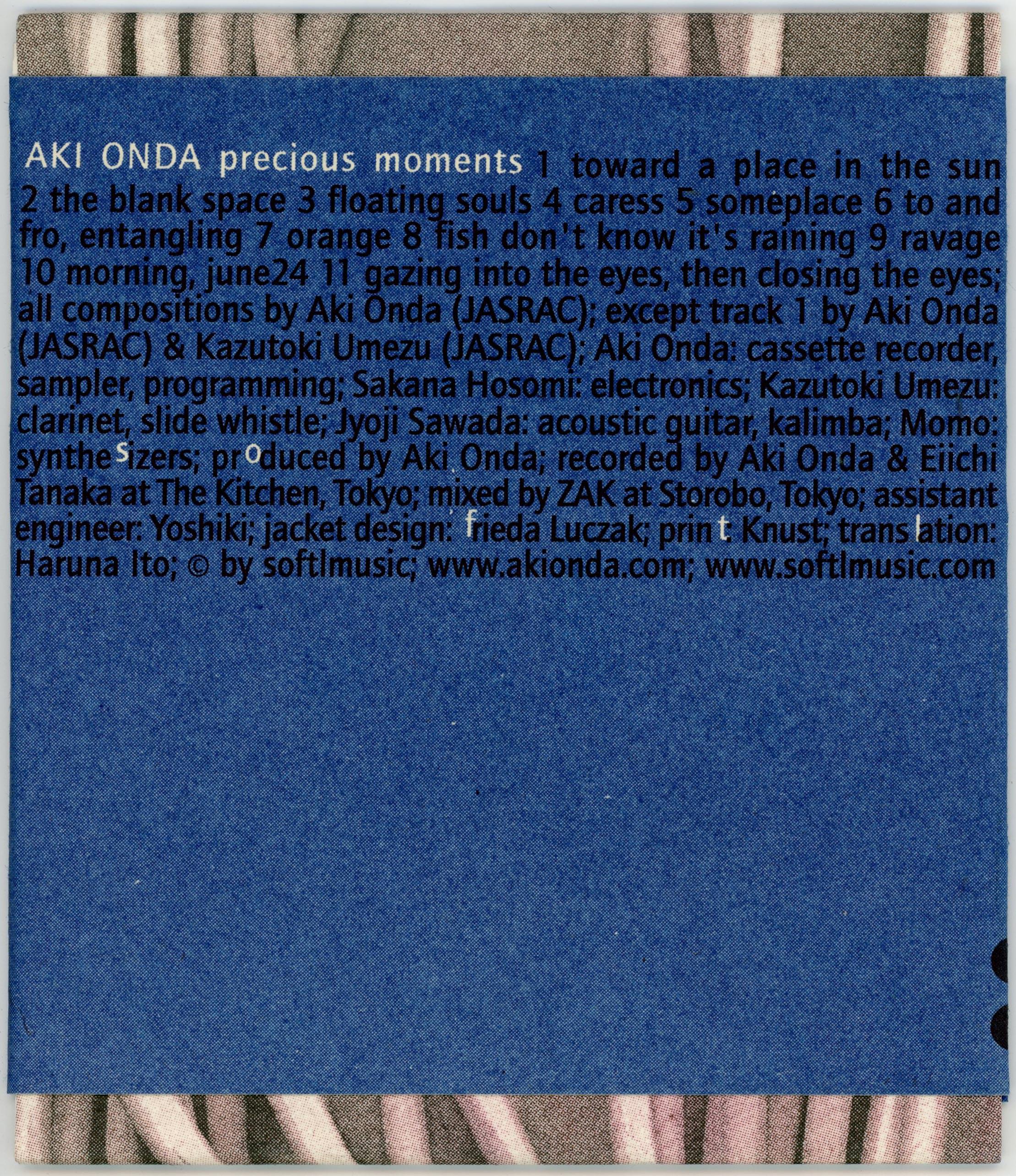 Originally released on the short-lived Cologne label Softlmusic in 2001, Japanese composer and improvisor Aki Onda's second full-length is a true masterpiece of warm minimalism. Combining languid instrumental performances with beds of site-specific concréte sound, the album is formidable in its emotional heft and post-electronic aesthetic; a hidden gem from the year that gave us both Endless Summer and Loop-finding-jazz-music.

Resisting the allure of millennial indietronica, the guitar and reed accompaniments are often achingly sparse, floating in silence, each note languishing in natural room tone. When the live and electronic instruments do collide, they intentionally occupy distinct audio spaces, allowing each element to evolve at its own pace and according to its own logic. Preferring the juxtaposition of minimal building blocks over a fully synthesized whole, Onda's skill as a bricoleur makes for a wonderfully-executed pastiche that is often touching, sometimes challenging, and never dull.

The original CD is still quite afforable on Discogs (and the hand-made packaging is especially charming), but if physical possessions aren't your thing, you can grip the entire release here.