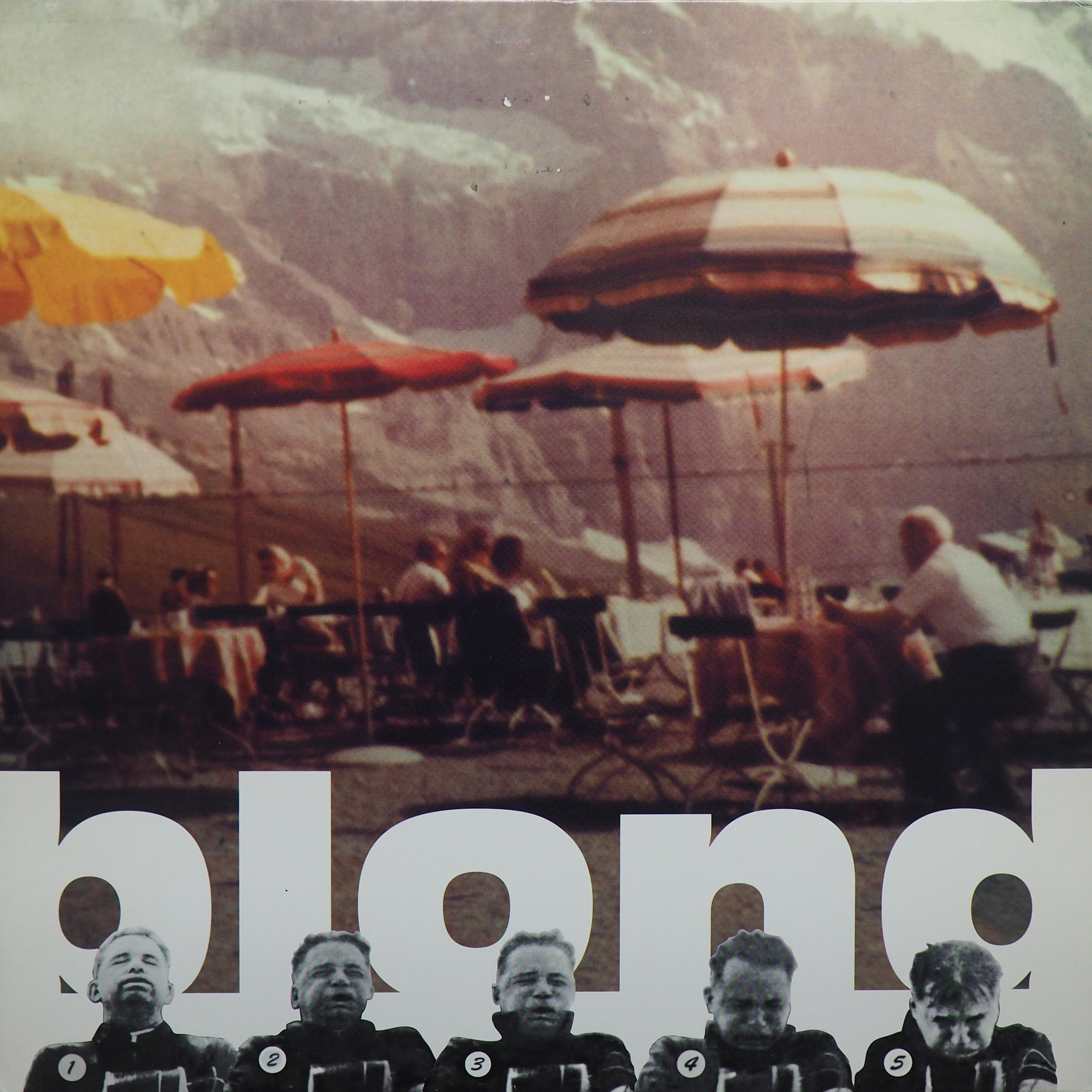 This self-titled full length from Munich-based producer Blond (aka Michael Heilrath) appeared on the German label Payola in 1998. It's an odd set of rolling stompers with a nostalgic pop sensibility, welding library music melodies onto impressively chunky breakbeats.

What makes this album unique is its truly weird sound design. By 1998, lots of bedroom producers had arrived a certain "canon" of sonic materials, solidified by the emergence of IDM as the go-to vibe for isolated technophiles (melancholy pads, filtered breaks, resonant synth bleepage). Blond instead crafts a hermetically sealed sound world that's IDM-adjacent, but eschewing grey-sky futurism for a modicum of wonky samples and a decidedly sunny disposition.

Blown-out drums boom and clank in a sonic uncanny valley, overdriven and resampled to retain all the grit but clipped of natural decay. The sing-song synth lines are rendered in blistering FM tones: squelching, bending, and zapping through every track. The sonic imprint of the record as a whole could be described as "searing", even when the BPM languishes under 100. There's a clear kinship with the leftfield antics of teutonic contemporaries like Vienna's Cheap and Cologne's Karaoke Kalk, where goofball '60s nostalgia mixes with weirdo bedroom techno, but the album holds its own sonic space with ease.

As with most bedroom albums of the era, there are moments that push the limits of good taste into cringe territory. Occasionally the juxtaposition of blissful synth melody and hyperactive drums is winking a little too hard, but to Heilrath's credit, he never descends into full-on breakcore excess. Either way, it's still a fascinating album for just how hard the drums slap when each track really gets rolling. The funk is always present, even when nerdier instincts threaten to overwhelm.

Plenty of copies listed for peanuts on Discogs, or DL the whole thing here.