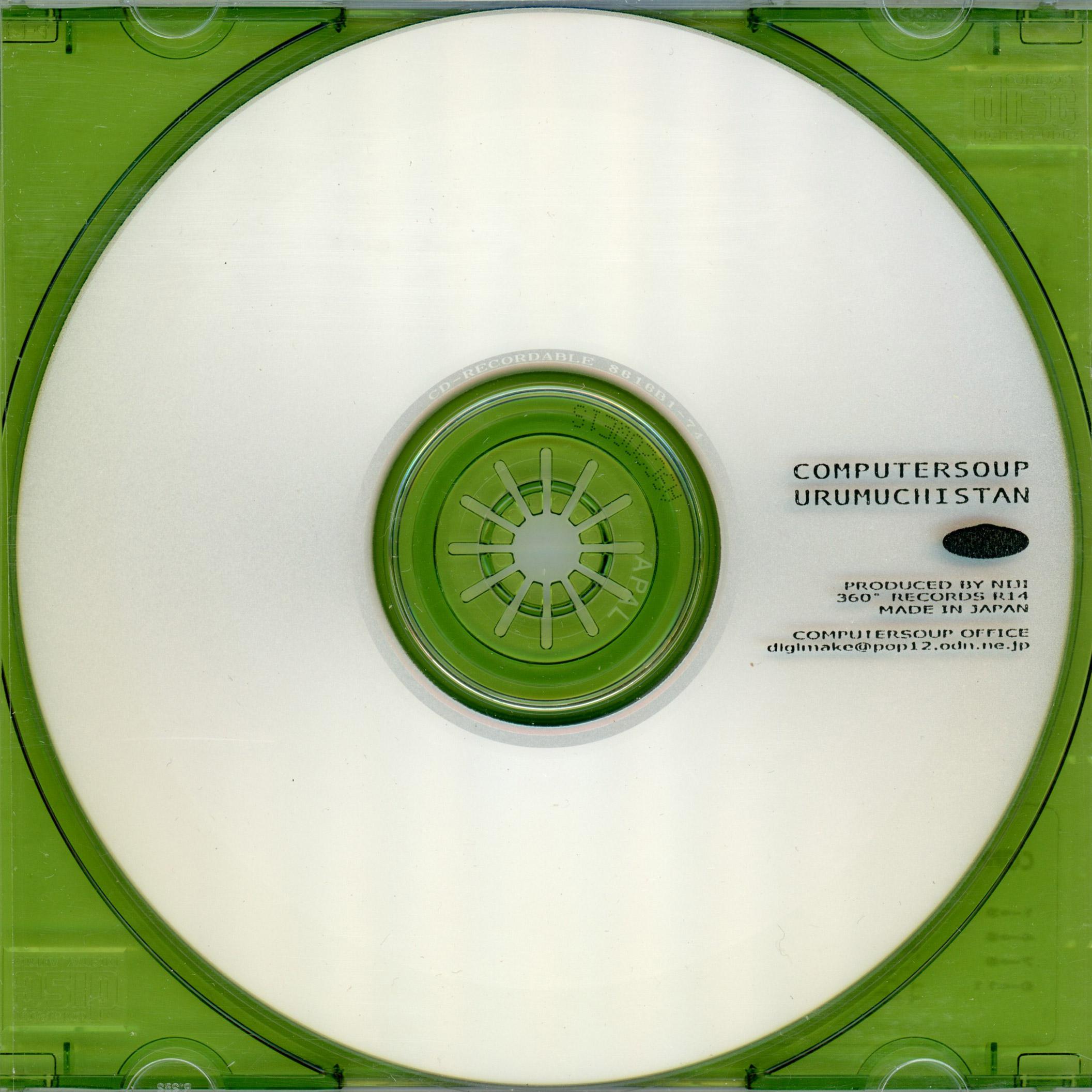 Computer Soup is a collective of improvisors from Tokyo, founded in 1993. Originally conceived as an acoustic jazz quintet, busking on the streets of Shibuya, the group quickly evolved in a decidedly more transcendent direction, incorporating extended techniques and subtle electronics towards a kind of post-jazz ambient that would become their signature. In the late '90s, the group was tightly associated with Japan's eclectic post-crash underground, appearing on compilations featuring everything from cutup boom-bap to kitchen-sink noise collage, on labels like Shi-Ra-Nui, and on the group's own Soup Disk.

Despite their adjacency to such eclectic-fetishism, Computer Soup's aesthetic is singularly defined: painterly compositions conjured from a modicum of sonic materials. Their catalog of a dozen-plus releases features fluctuations in personnel, instrumentation, and recording fidelity, but their aesthetic is admirably consistent in its hypnotizing charm.

Urumuchistan is a 1999 CDr that perfectly encapsulates the group's lowercase conceptualism. Released in 1999 on Shi-Ra-Nui sublabel 360º Records, the physical album is a wonderfully inscrutable artifact. An unmarked silver CD in a green-on-clear jewel case baring minimal credits and these esoteric liner notes, via minuscule text on a translucent sticker:

As for sonic comparisons, the alien sound design and slowly unfolding arrangements evoke Miles Davis's He Loved Him Madly or Arve Henriksen's Chiaroscuro, but with a disarming lack of pretension. Miles away from ECM-lineage studio perfection, Computer Soup's takes are saturated with tape hiss and room tone, every track a self-contained miniature full of gritty detail.

The band's genius, to me, is that they thread the needle of so many late '90s experimental niches in such a brilliant way. They do the No Neck Blues Band low-key improv thing without resorting to witchy theatrics, and embrace creative electronics while steering well clear of overwrought clicks-n-cuts pointillism or shock-and-awe DSP abuse. Computer Soup's compositions are vibes first and foremost, and Urumuchistan is a stellar, 46-minute example of their unique brand of alien mood music.

As a limited CDr, Urumuchistan is among the more rare offerings from Computer Soup's catalog, and completely lacking any kind of digital release. Until the reissue gods decide a retrospective is in order, you can grip the whole album here.