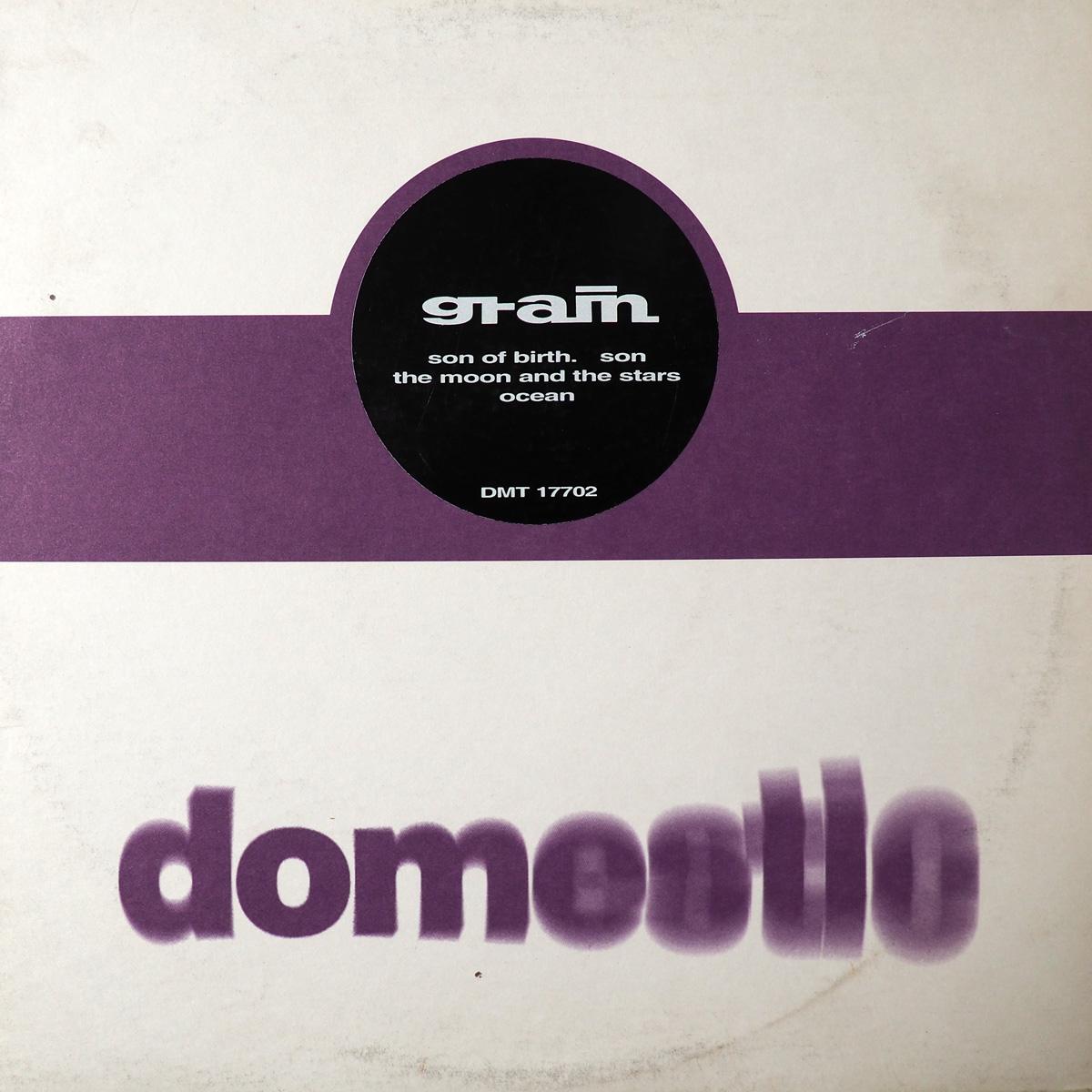 Another piece of Bay Area basement bounty, this odd 12" has the look and feel of another useless trance release, but it's so much more. Grain (not to be confused with the Fatcat artist, of whom I'm a big fan), was a duo of Peter Ehrlich & Jimmy Johnson, and this, their first outing, appeared courtesy of the short-lived Domestic label, purveyor of strange hybrids I would describe as "post-trance breakbeat" or "spiritual drum n' bass".

While I'd be hard pressed to describe the EP's 3 tracks as anything other than "bizarre", the compositional style and overall vibe are so unusual that I feel compelled to share it with the world (plus, it's already blown up on Discogs, with no copies for sale and 4 separate "looking to buy" comments as of this writing).

The underlying music is mostly semi-cheesy "cosmic" sounding breakbeat jams, but produced in such a way that even YouTube rippers can't decide if it's supposed to be at 33 or 45 (All the rips here are at 45, which sounded "right" to my ears). That detail alone should be enticing enough, but here are some other things you can expect:

I realize much of my enjoyment of this release comes from the sheer oddity of it, so apologies to OGs for whom this might represent something more profound. SF ravers sound off in the comments, Grippers' Tips is always willing to listen and learn!