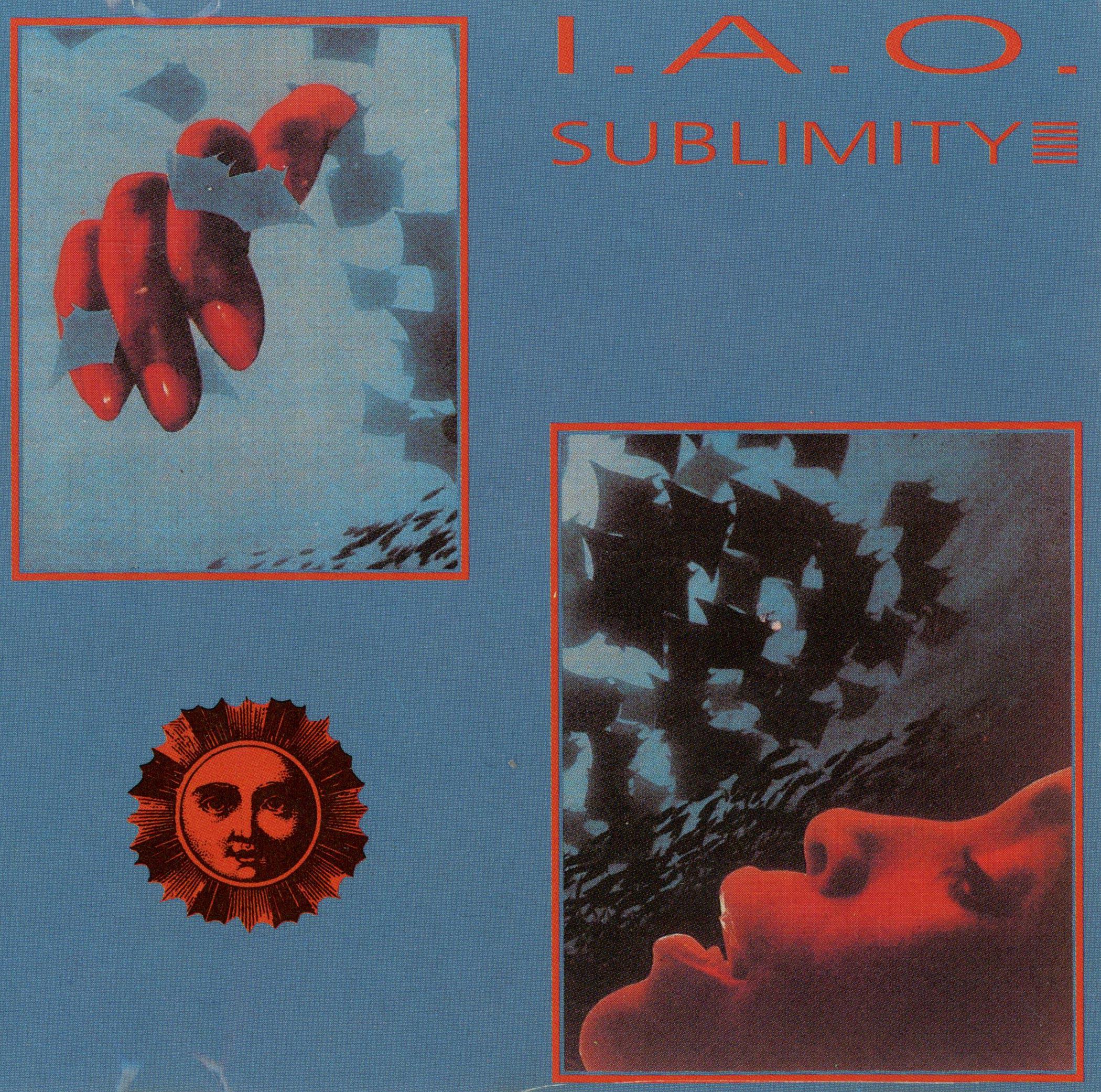 In what might be a Grippers' Tips first, I'm happy to present an honest-to-goodness album of SONGS by a BAND, the final proper album by cult German four-piece I.A.O. aka Inandout. The album was recorded in 1990 for the legendary ClockDVA-associated label Interfisch, probably most notable for going on to become the parent label for German techno institution Tresor. The band's earlier efforts explored atmospheric dub-jazz territory, but Sublimity represents a stylistic left-turn into more electronic material, charting a thoroughly strange course into a unique sound world of melancholy FM presets, jazzy drum machine fills, and wistful, monotone incantations.

The album's 10 tracks are without a doubt assembled in the "rock" format, with verse/chorus/bridge structures and a healthy dose of catchy hooks, but the uniquely muted-yet-synthetic sound palette and prog-lineage motifs make for a truly bizarre stew. Think Tears for Fears without the bombast, or Cocteau Twins without the catharsis.

There's a through-line of cult-y religious overtones to the album's lyrics, which was almost de rigueur at the time of its recording, as industrial subversion collided with jangling spiritualism at the end of the '80s. While the crew doesn't go all the way down the rabbit hole of Current 93 transubstantiation or NIN-style blasphemy, with invocations like "you're my flesh, you're my blood, you're the one true god" there's a smokey layer of really-makes-you-think Western mysticism baked in to almost every track. While it can be a bit distracting if you're not expecting that kind of thing, it adds yet another layer to the album's private cosmology.

All formats are long out of print, and getting scarcer even on Discogs. Grab the CD rip (including 4 bonus tracks from the group's previous LP) here.