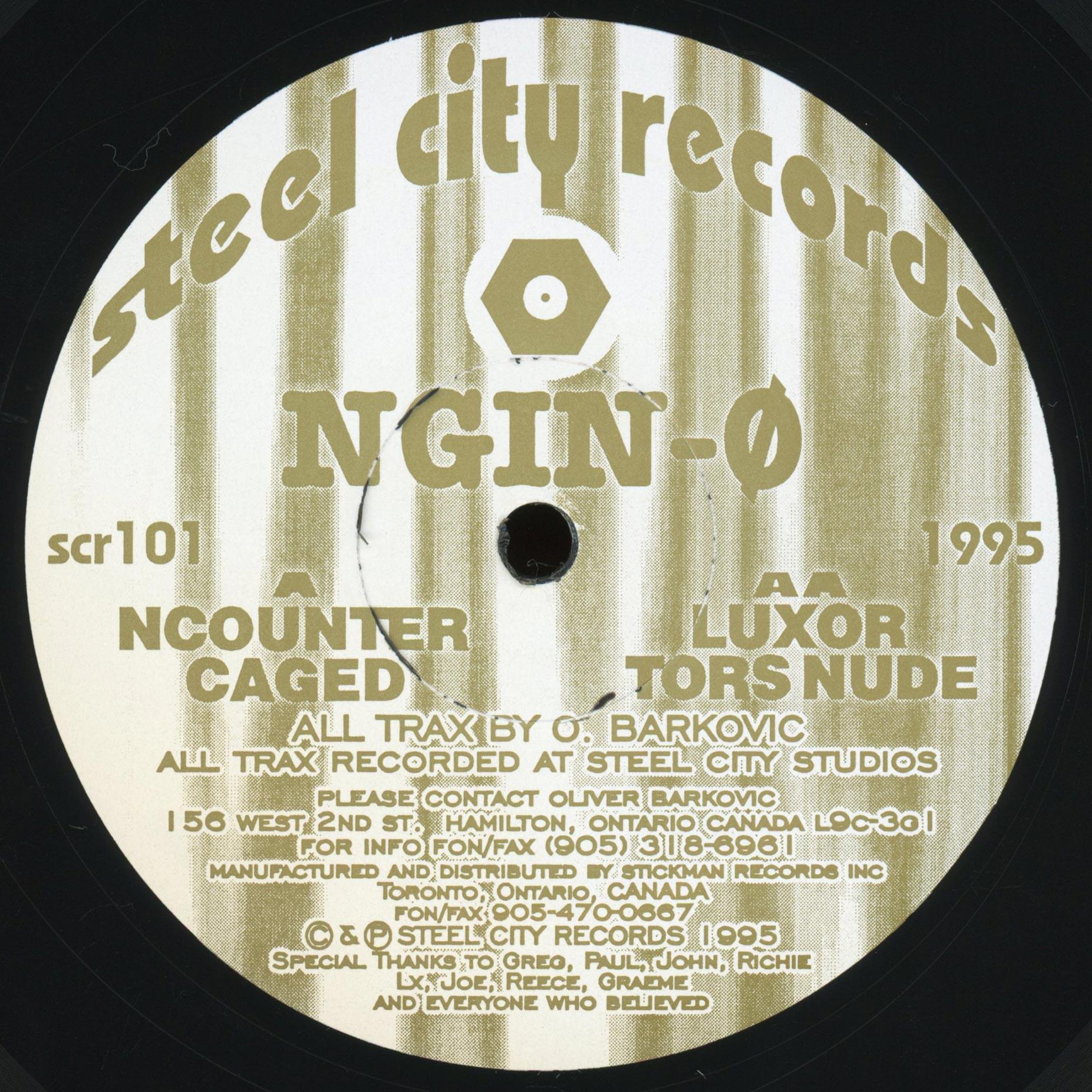 Ngin-o is the nom de plume of Hamilton, Ontario producer and DJ Oliver "Ollie" Barkovic, founder of cult techno label Steel City Records. Active since the late 80s in various scenes in the Buffalo / Cleveland / Toronto / Detroit axis, Ncounter is Ollie's first EP for his own imprint, originally released in 1995.

The four cuts here are the kind of colorful, kinetic, and genre-averse techno that proliferated in various Midwestern scenes during the 1990s. Saturated kicks, twitchy, clanking percussion, and mutant synth lines, all recorded with a punchy, just-shy-of-distorted lo-fi intensity that gives them a special ability to cut through any mix. The first two tracks are zonked bangers, pounding out patterns of monophonic synth zappage without a melody in sight. On the flip, things take a turn for the emotional, with Luxor's spaced-out acidic arpeggios and Tors Nude's soulful pianos & pads.

Steel City has made the leap to Bandcamp, but no sign of a back catalog yet. The 12" is still mighty cheap on Discogs, or grab the full 320 rip here.