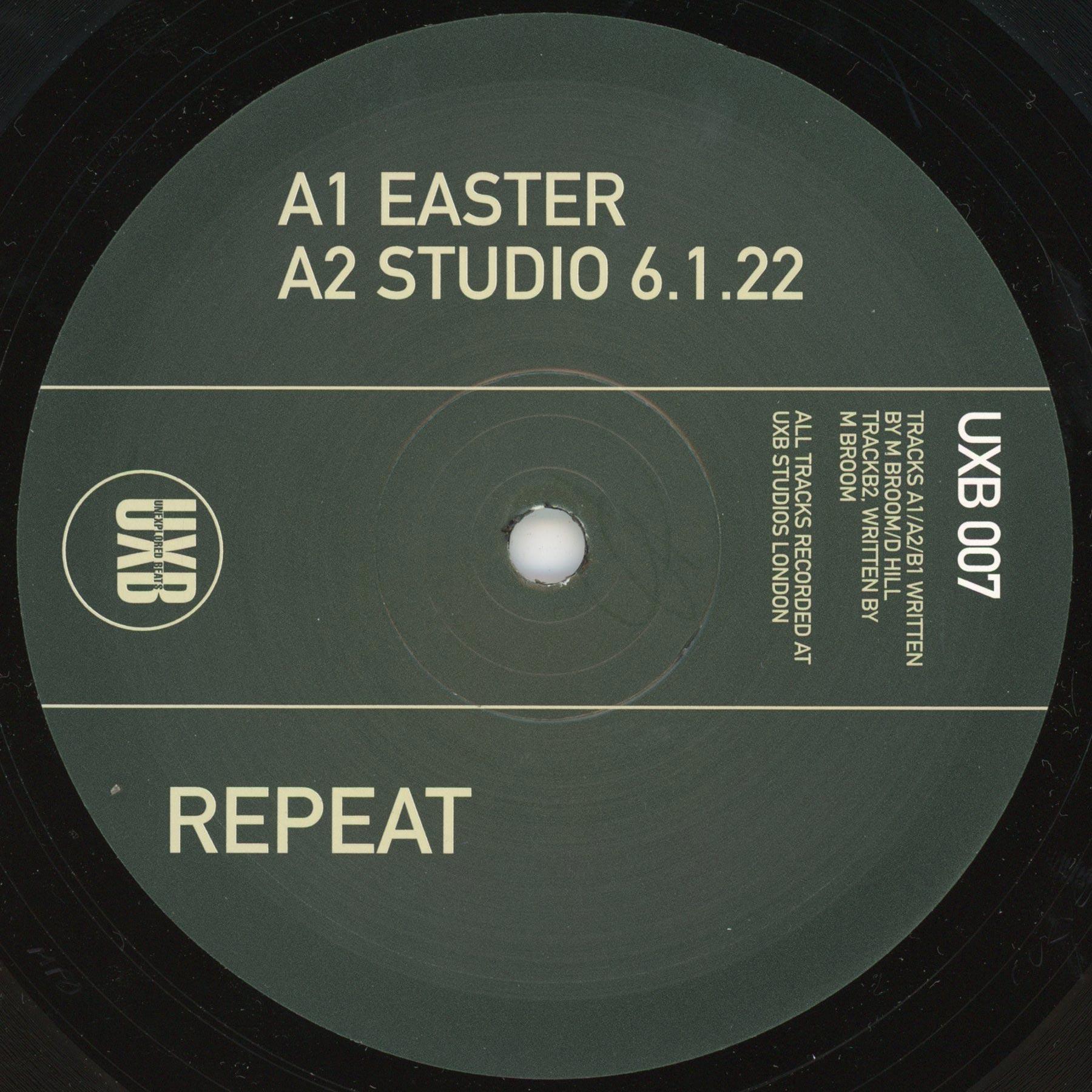 I do my best to share a good mix of vibes on Grippers' Tips, but since it's the one-year anniversary of the site's launch, I'm taking a trip down memory lane to double dip on a previously featured act. Repeat is a collaborative alias of UK techno legend Mark Broom, whose massive discography reaches back to the early '90s. On this wonderful four-tracker (the last under the pseudonym), Mark teams up with his longtime pal Dave Hill for a collection of late-night moods. While the duo's catalog spans everything from disco edits to stomping hardcore, this one finds them deep in the pocket of something all their own.

Easter kicks things off in slow-mo, with minimal, hand-crafted breakbeats rolling over icy IDM pads, and a breakdown that sounds like the Diwali riddim on Uranus. Scattered is another downtempo number, matching an infectious, jazzy stomp with thick subs harmonized to clouds of Detroit shimmer. Silver ratchets up the BPM but maintains the mystery: jittery, flam-filled breaks chug along relentlessly, while a thick buzzy synth line meanders across the frequency spectrum in half time.

To me, the only down note is Studio 6.1.22, which is a bit of a botched attempt at roots-y dub (maybe the lads weren't feeling it much themselves, since they didn't bother to name it). Everything else is pure gold; idiosyncratic and expertly produced. Totally satisfying in its energetic synthesis of all the not-quite-techno influences that bubble beneath the surface of so many turn-of-the-millennium releases.

Still highly grippable in its plastic form on Discogs, and the full rip is available here.