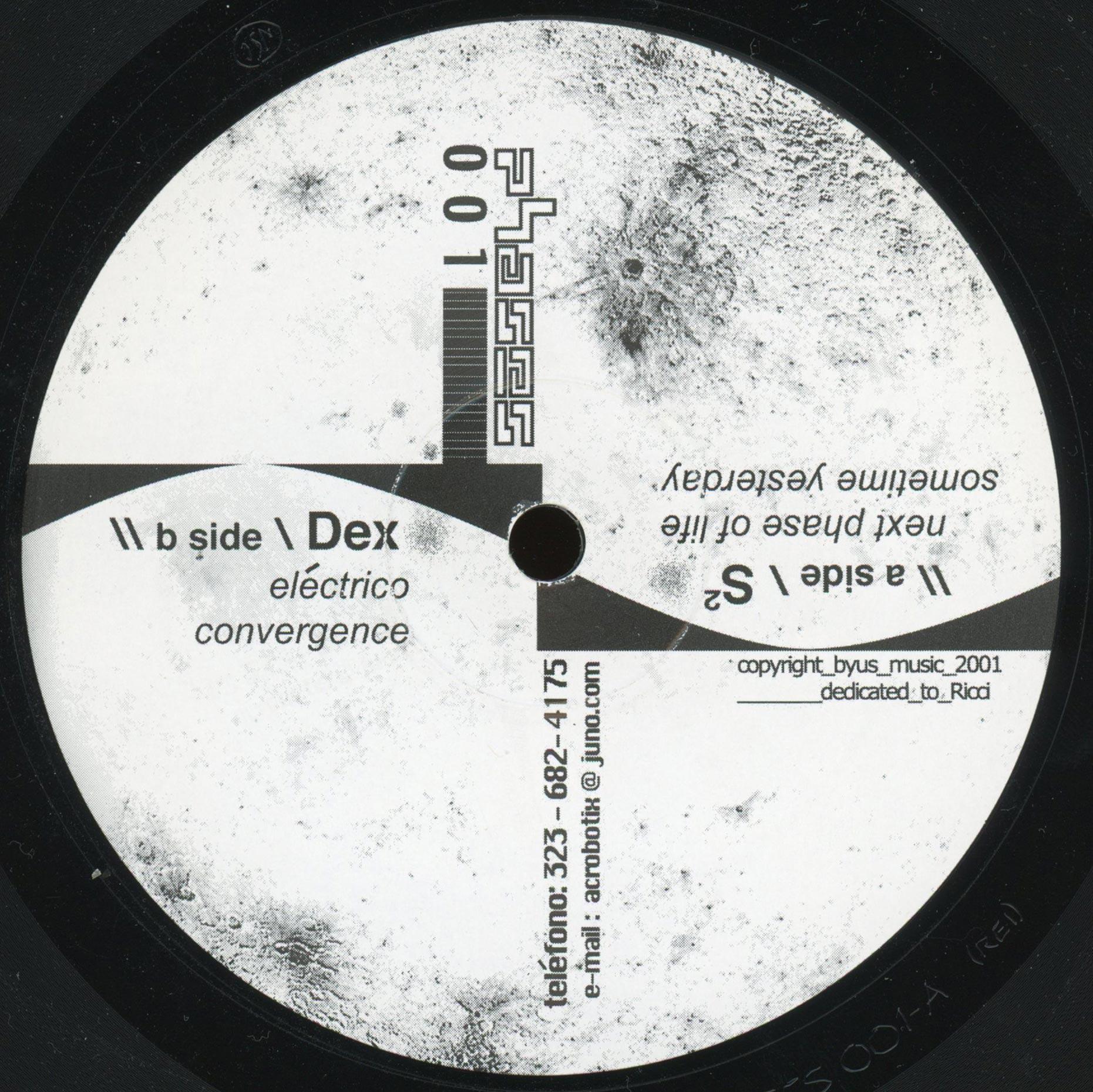 S² and Dex are veteran dance producers Santiago Salazar and Dan Caballero, who emerged from East LA's backyard party scene into the city's thriving techno underground in the mid-90s. In 2002, the duo re-located to Detroit to join the ranks of the Underground Resistance family, and helped to define the sound and political purview of the collective's second wave in the early '00s.

In the second half of the decade, both artists returned home to start their own labels. Salazar's Historia y Violencia (with Silent Servant) and Ican Products (with Estaban Adame) and Caballero's Yaxteq were and are vital platforms for LA's underground (specifically Chicano and Latinx producers and DJs), cultivated with the same grassroots energy that put UR on the map.

Before any of that, though, came the release at hand. The otherwise untitled PH001 is a bit of pre-history, boasting the first solo cuts ever committed to wax by either artist. The first and only release on mystery label Phases, the unassuming 4-tracker seems like a self-released effort from the duo, and judging by the 323 area code on the label, pre-dates their Motor City ambitions.

Considering the pedigree, I picked this one up fully expecting quality, and it doesn't disappoint. Across more than 20 minutes, Salazar and Caballero explore a surprisingly eclectic assortment of vibes, from slick and moody Detroit business to leftfield bedroom chonk.

There's a perfect symmetry to the EP's construction, with S²'s Shepherd-tone dark techno stomp on Next Phase of Life (A1) mirroring the bongo and sub-fueled electrofunk of Dex's Eléctrico (B1). On each side's back half, things take a turn for the odd, with a killer pair of downtempo cuts. Salazar's Sometime Yesterday loops low-budget metallics over churning 12-bit tom fills and heartstring-tugging jazz pads. Not to be outdone, Dex's Convergence closes out the collection with a mutant groover straight from the sewer. Seasick synth lines, ghostly scratching, and a lo-fi kick / snare combo that would make Legowelt jealous.

Unique, essential material from two legends filled with the kind of off-kilter energy that can make early-career releases so special. Nothing doing on the web for this one, unfortunately, but fully grippable in 320 glory here.