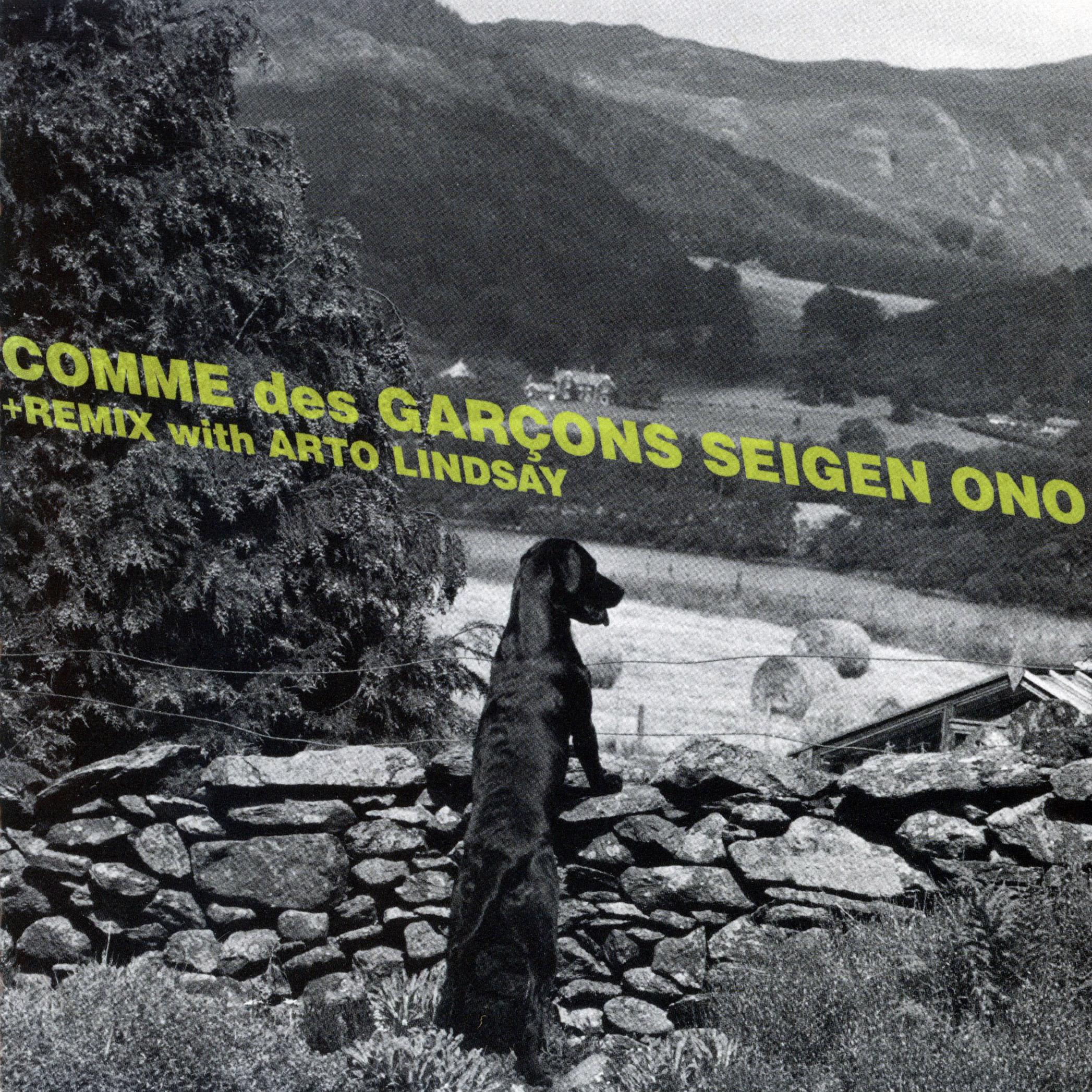 In 1988, now-legendary Japanese producer/composer Seigen Ono was commissioned by the emerging fashion house Comme des Garçons to produce original pieces for their runways. The collaboration resulted in two albums of eclectic material, melding latin jazz and post-modern chamber pieces with studio-as-instrument experiments and synth pop sound design. These albums, like so many other esoteric releases from '80s Japan, have been collected and re-issued in many different forms over the years. According to Discogs, there are at least 5 reissues collecting both volumes together, the most recent from 2019.

This two-disc set might be labeled a reissue along the same lines, but the bonus content transforms it into so much more. Officially labelled "COMME des GARÇONS - Seigen Ono + Remix with Arto Lindsay", it's an odd relic of the CD era, released in 1998. The first disc contains remastered versions of the original tracks, but strangely omits 9 out of the original 24. So you've pretty much lost the completists right there. Disc two is where things really take a turn for the bizarre, delivering roughly 40 minutes of exclusive remixes that defy logic in all kinds of novel and confounding ways.

Since the original CdG tracks are more appropriately packaged elsewhere, this review will focus on the second disc alone, a self-contained release of head-scratching genius.

When I stumbled upon the album, gathering dust on the shelves of Music Punch records in Naha, Okinawa, the idea of forward-thinking jazz / electronic compositions from 1989 getting remixed in 1998 seemed predictable enough. I imagined Dn'B-lite, acid jazz, chillout bossa nova, that kind of thing. Much to my perverse delight, the "remixes" here have much more in common with the mutant basement sonics of the Boredoms than the posh pop of Shibuya-kei. While some of the source material is obvious enough, the album's 9 tracks are mostly new recordings of zonked studio experimentation: loose, minimal, and raw.

The first track, Heels One is kind of a "mission statement" for the collection, merging elements from most of the rest of the album's tracks into a concréte bricolage. A busy bed of high-heeled footfalls and unsettling rubbing sounds are decorated with looping guitar strum, tabla, feedback, and solo hi-hat in a Cromagnon-level collage. The rest of the tracks are each more singularly focused, but equally strange. Here's a summary:

Now, it stands to reason that both Ono and Lindsay are known for their long histories in the avant-garde, but there's still something extra compelling about the sheer lack of contrivance on display here. There's not a second of Arto's signature DNA-lineage skronk nor Seigen's meticulous digital effect design. The sources and compositions here are raw and intuitive in a way that feels much closer to the home-taped soundscapes of artists like Alastair Galbraith, Aaron Dilloway, or Puzzle Punks. That said, there's an impressive detail to even the most blown-out elements, probably a testament to the high-end studio pedigree of the two artists involved.

It's a perfect storm of novel sound sources processed through bizarre signal chains, recorded in precise fidelity. Whether the whole extra disk was some sort of half-hearted contract obligation or a sincere attempt to confound a committed listening audience, the result is absolutely mesmerizing.

No digital distro to speak of, and physical copies are scarce, so grab it here.