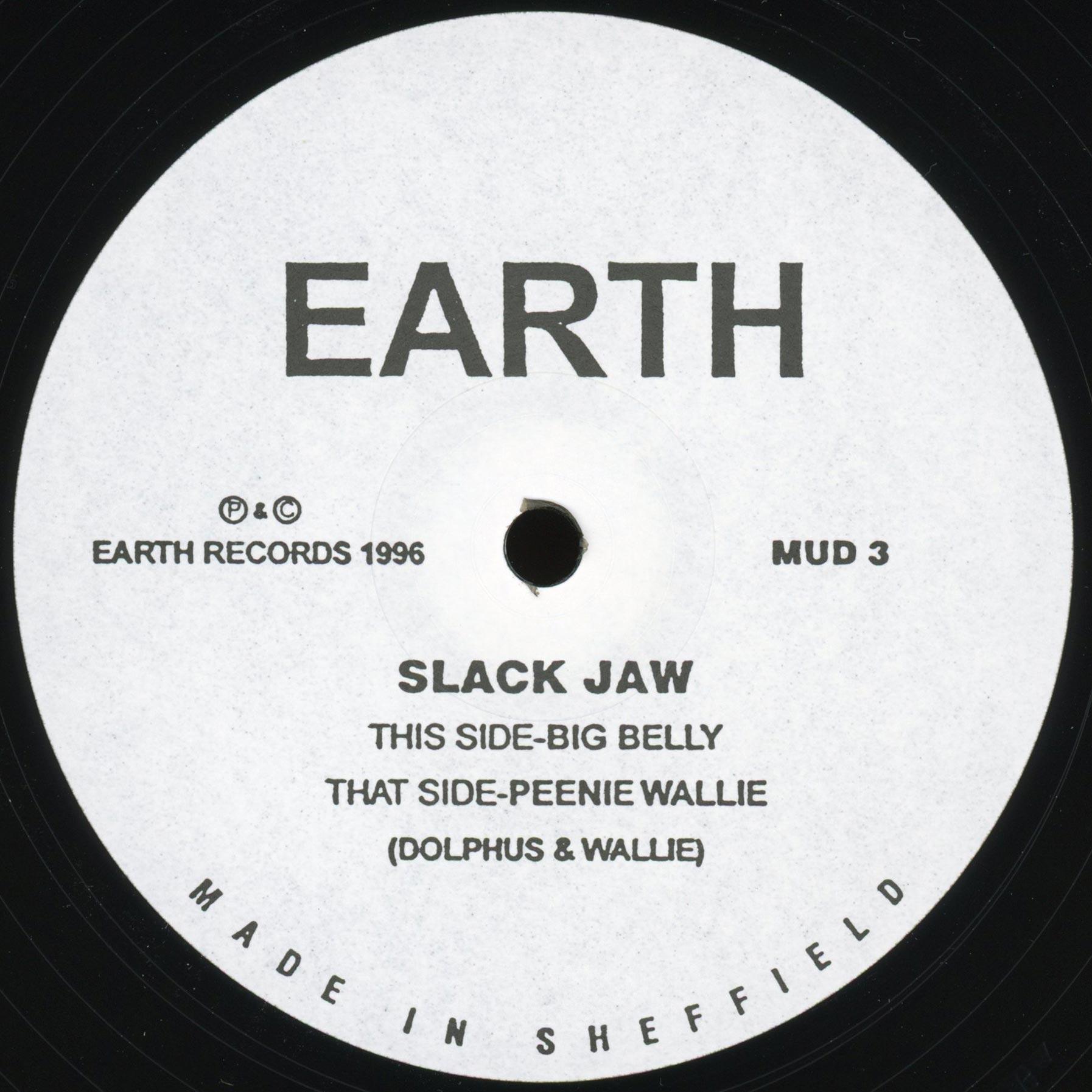 According to Discogs, Slack Jaw is a one-off project of legendary Sheffield producer and DJ Winston Hazel. Best known as 1/3 of Forgemasters, Hazel and co. helped solidify the sound of "Sheffield Bleep" in the early '90s, penning Track with No Name as the inaugural release on Warp Records in 1989.

By the second half of the decade, Warp's reputation outgrew their Sheffield roots, but the scene's founders continued to innovate. In 1996, Earth Records was founded by Hazel's longtime friend and fellow Bleep pioneer Richard Barratt, to foster the weirder side of the city's thriving underground.

Here's about as much background on the label as I could find on the open web, from a Test Pressing interview with Barratt:

Then I started Earth Records and put out loads of grunky Industrial Dancehall / Jungle / Tech sounding stuff. Not just by me. Stuff by Winni, Mark Brydon, Ross Orton, I Monster etc. Non of which can be found on Youtube, but you’ll probably be able to get the full set off Discogs for a fiver ha ha!

If that's not a winning description, I don't know what is! The quote is from 2013, but unfortunately the bit about the label's under-the-radar status is still true to this day.

Back to the record at hand: The third 12" on Earth, this mysterious single takes a thoroughly hybrid approach to beat-making, blending all kinds of '90s club signifiers into two wonky chimeras of spirited, bass-heavy techno.

The A side is an IDM-adjacent machine funk groover with uniquely bouncy twist. Boom-bap breakbeats and Prince-esque Drumtraks claps, peppered with big-beat turntable hijinks and trippy spoken word samples. About halfway through, the track breaks into Detroit-lineage melodic techno shimmer, balancing out the playful vibe with a touch of soul.

I for one would love to see the whole Earth catalog get the Bandcamp treatment, but until that time, snatch up the still-semi-affordable wax on Discogs, and grab the whole rip here.