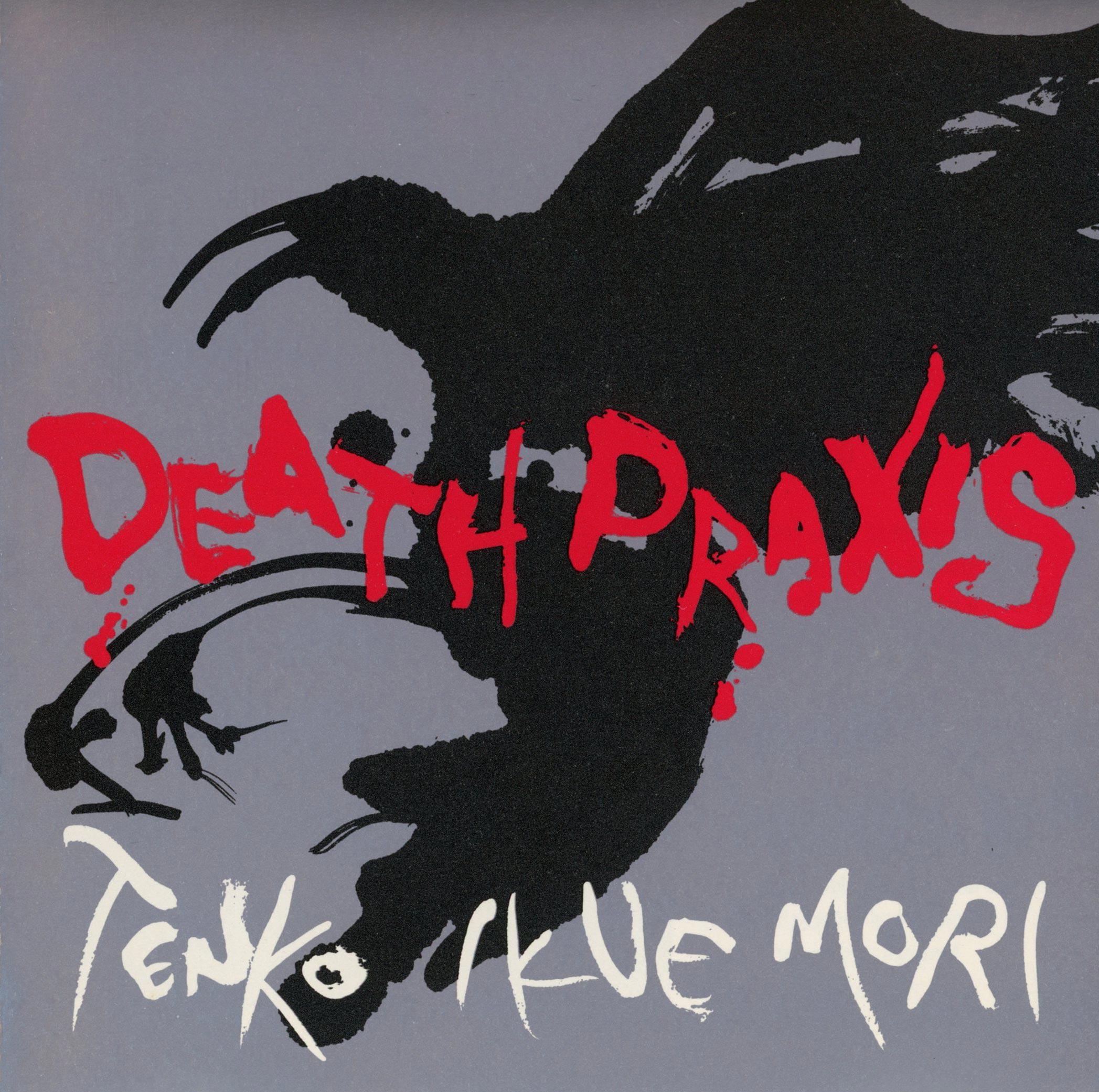 This 1993 CD-only release is the first duo recording from Japanese avant-vocalist Tenko and improvising percussionist Ikue Mori. While Mori's probably best known as the drummer of NYC no-wave darlings DNA, she was a fixture of the downtown NYC avant-improv scene of the 80s and 90s, shifting her focus from live drumming to the manipulation of sampled percussion. Tenko shares a similar career path, having started in several post-punk outfits in Japan, and moving into more avant spheres as she developed her extended vocal technique throughout the 80s.

On Death Praxis, Tenko and Mori play to their strengths, crafting an entire album from layered voice and drum machines, and friends... it is totally wild. Mori's approach to rhythmic composition is absolutely alien, with simple drum loops drowned in irregular trills of pitched percussion and live-played filigree. Some tracks abandon a rhythmic pulse entirely, building uneasy soundscapes out of clattering, pointillistic drum samples. All the while, Tenko's vocals veer from extended wailing to breathy chants, occasionally mellowing into an avant-pop baritone during the album's quieter moments.

Like almost any 90s avant-improv outing, the album occasionally suffers from bouts of "kitchen-sink" randomness, but overall the sheer innovation of the whole concept more than makes up for it. Rare is the album that singlehandedly invents a new genre from such simple elements, but Death Praxis pulls it off.

Plenty of copies of the original CD are floating around on Discogs, but if physical media's not your thing, you can grip the whole album here.