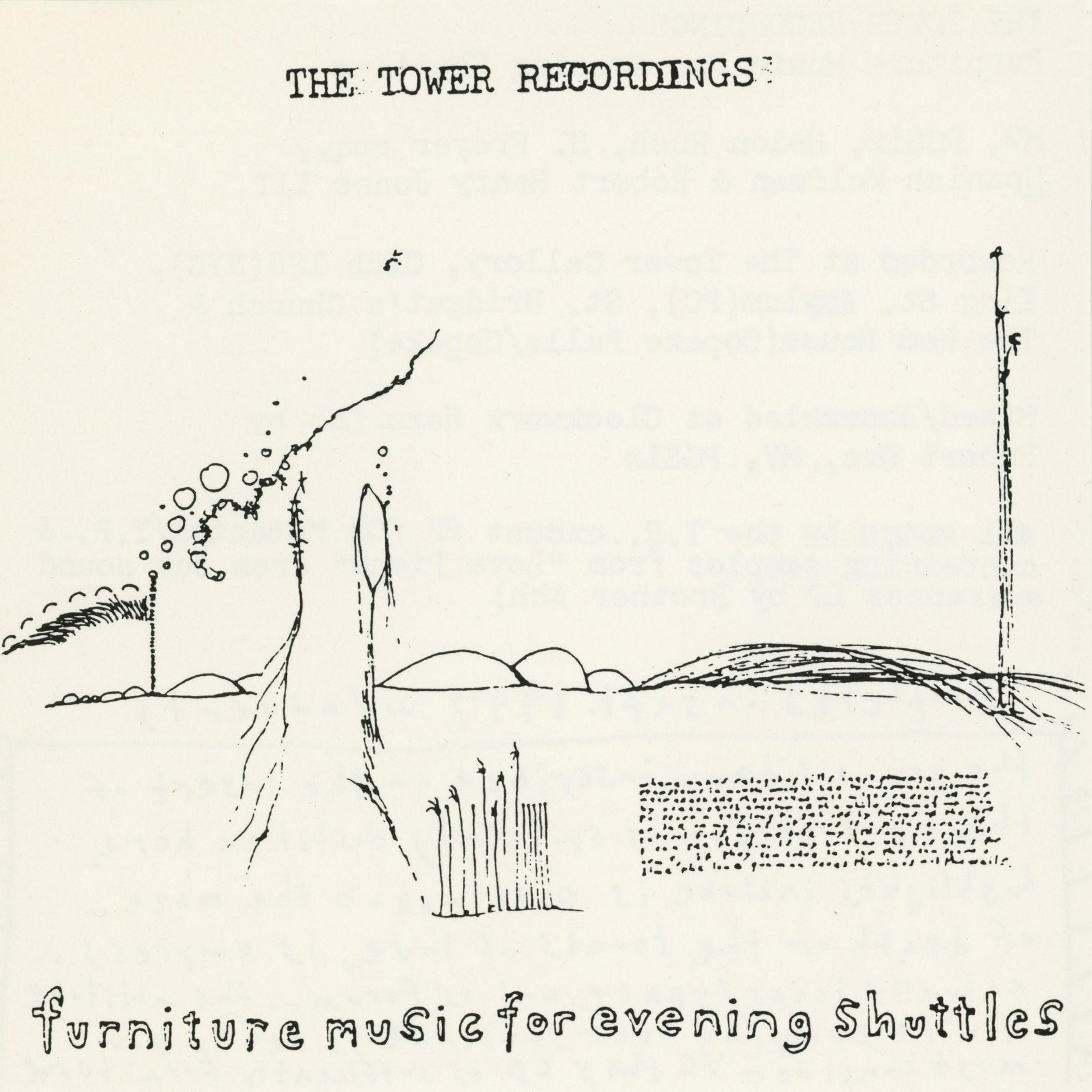 The Tower Recordings were a collective of musicians from upstate New York, formed in the mid-1990s by Matt Valentine, Helen Rush, and Pat Gubler. While all three shared a rock background, The Tower Recordings was founded as an outlet for more stripped-down, experimental material. The group's sound indulged the trio's interests in folk, psychedelia, and the avant-garde, recorded live to tape with open minds and an ever-evolving cast of guest musicians.

The group's sound evolved to deftly bridge the gaps between scenes of the broader DIY underground that had blossomed in the late 80s and early 90s. Blending the cracked, domestic lo-fi of New Zealand explorers like Alastair Galbraith with an appreciation for the softer, gentler moves of their folky forebears. Alongside a few other forward-thinking American outfits like Pelt and Charalambides, the group forecast the "New Weird America" wave that swept the world at the beginning of the aughts.

Definitely more influenced by the British folk underground than any American blues tradition, the guitar playing throughout is lithe and delicate. Tastefully augmented with hammered dulcimer, flute, pipe organ, harpsichord and primitive synthesizer. Without a drummer, the vibe is intimate and arresting, each instrument breathing in audio space. Even the wilder bits have a warm, meditative quality: never veering into full-on acid-shred, but staying perfectly in the pocket, transportive and mesmerizing. There's still room for lighthearted fun, like an incredible Mutantes cover, but in its more hushed moments, the lilting melodies and sparse, plaintive vocals are downright heartbreaking.

I started collecting music in earnest around the dawn of this century, when folk-tinged acid rock and droning psychedelia were front-and-center for the Pitchfork set, but somehow this album passed me by. Now, thanks to a tip from digger extraordinaire Jack Murphy a few years back, rarely a rainy day goes by that I don't revisit it. With both the disc and LP wildly out of print for the time being, I'm happy to share the wealth. Grip the whole album here.