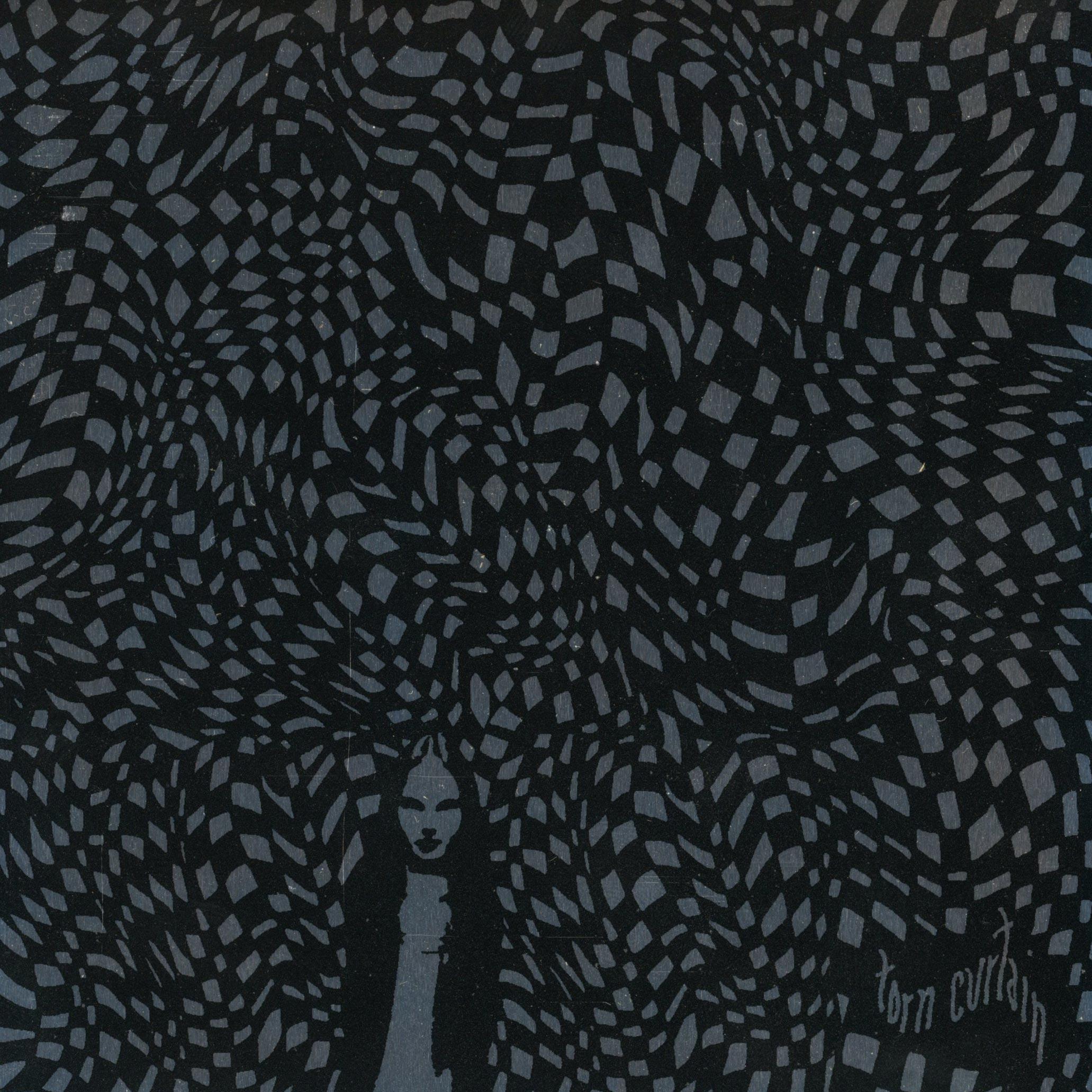 Torn Curtain is a project of Washington mysterion Lee Blair, aka "Dusty Lee", a shadowy experimentalist active since the late '80s.

Across esoterically-named projects like Mauve Sideshow, Blessed Oblivion, Steeple of Fyre and Angel Provocateur, Dusty forged a uniquely obscure aesthetic, recording more than a dozen albums of strange ethereal ambience between 1990 and 2003 for Seattle's Ventricle Records. While early recordings as half of Kangaroo Kourt were spooky Nurse With Wound-style collages, there's a singular muse that drove Lee's output in the 90s and beyond. Visit the now-defunct Ventricle Records site and it's the first thing you see:

Keep browsing and you'll discover Lee's appreciation of ethereal ladies borders on obsession, with a distro stocking everything from The Moon Lay Hidden Beneath a Cloud to Mary Jane Leach to Patty Waters. Lee's own one-liner release descriptions raise more questions than they answer, with gems like "little girl lost in a thousand different shades of black" and "mysterious behaviour recorded in a cave" 🤔

Most of Lee's collaborations from this era are with his then-wife Treva Dea, but almost a dozen other chanteuses make appearances across all his pseudonymous projects, contributing fragile and haunting feminine energy to Lee's sparse melodic soundscapes.

On Torn Curtain, as with most Ventricle releases, the mood is one of mystery and isolation. Somber washes of heavily reverbed Mellotron ebb and flow with a quiet beauty, like swelling strings from a romantic opera played in an underground cistern. Meanwhile, disembodied whisps of soprano float across the stereo spectrum, the lyrics lost in layers of feedback (on this release, vox come courtesty of someone credited only as "Shiela"). There is a uniquely unsettling aura to the entire record that's hard to place. The juxtaposition of wistful sing-song and eerily delirious string-scapes seems to hint at Lynchian lost innocence, or the psychic recall of times past, tainted by melancholy.

To say that the music here possesses a "timeless" quality is an understatement, as I've never encountered a recording that did more to embody a sense of uneasy dreaminess. The instrumentation is archaic and the slow-moving compositions are completely unmoored from repeated phrasing. Beyond even that, the tracks often fall to silence for minutes at a time, completing the impression of a music without beginning or end. An intensely personal vision that's as compelling as it is bizarre.

So far underground that the CD is still available from Fusetron, a full digital version is available here.