A collection of moving experiments from lesser-known sound art innovators. 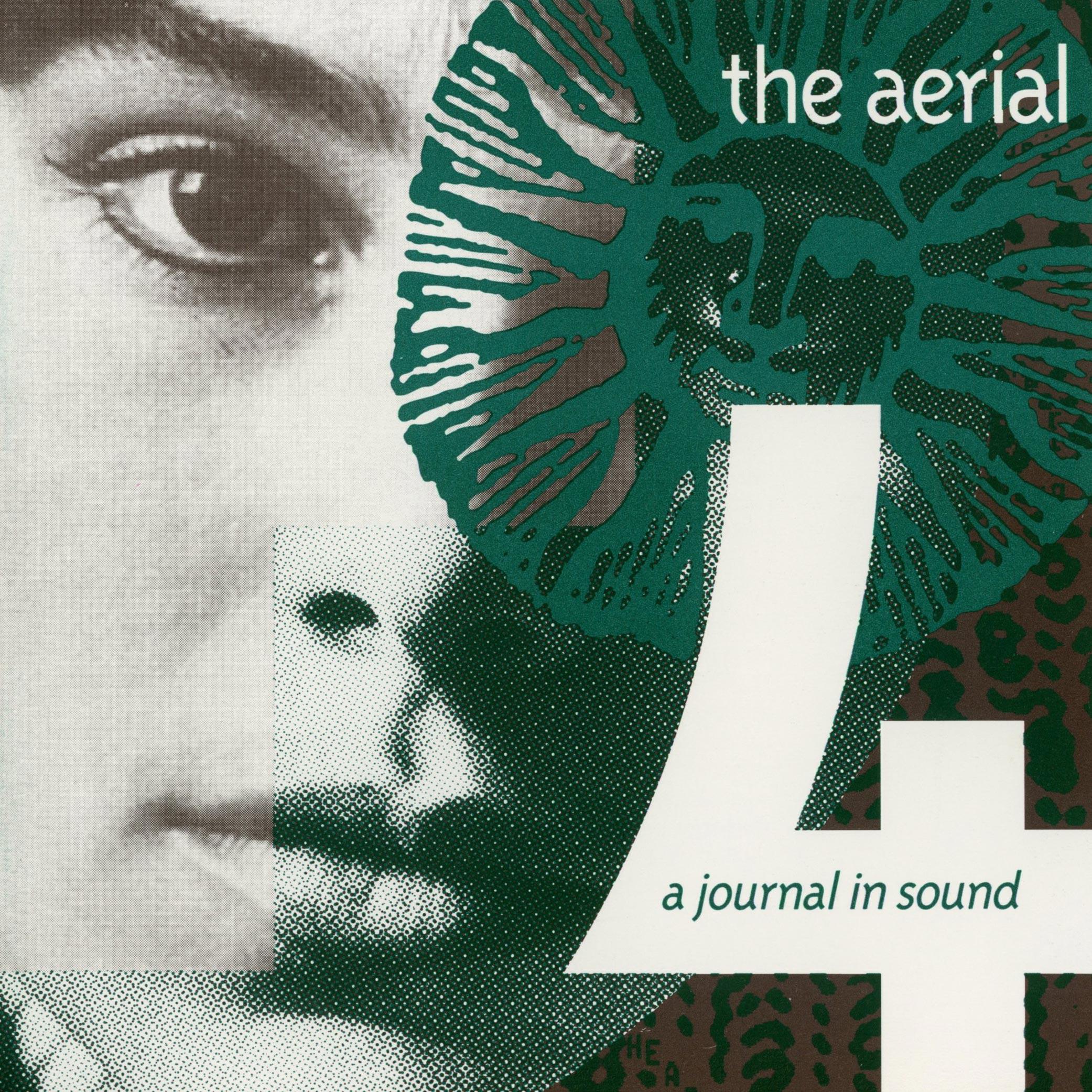 The Aerial, a forward-thinking “journal in sound”, comprises six compilations of experimental audio published between 1990 and 1994. This installment, from 1991, is a high water mark of experimentation from the era, an entrancing collection of personal works.

The booklet opens with a dedication, outlining the collective’s decidedly DIY ethos:

Aerial #4 is a milepost of sorts, the end of our first "volume". It seemed like we'd never get there. To those of you who have supported us so far, we offer thanks and gratitude. To our subscribers, more of the same, especially to those faithful ones who subscribed from the very beginning. Thanks also to the radio stations who continue to play this crazy stuff, and the distributors who take a chance on it. And we can't forget the artists who contribute their work, who persist in spite of shitty jobs, ever-dwindling grant support, censorship (in the private sector as well as in the government), conservative backlash, and just plain neglect, without whom there would be nothing to listen to.

In light of these conditions we continue to make an extra effort to support women artists, who remain grossly neglected in experimental music/sound circles while doing most of the best work. We are also committed to supporting lesser-known artists working outside of the "major cultural centers” in an attempt to encourage a more regional mindset: one way to gain support and understanding for this work from the country as a whole is to make it available to people who don't live in New York or San Francisco. That means staying put, making things happen locally, setting up (inter)national networks so that other artists can stop in small backwater places on their way to the big cities.

Pre-internet decentralization, subscriber-led crowdfunding, and championing the under-represented? What’s not to love?

The album’s 10 tracks are by turn cerebral, playful and confrontational, pulling from both the academic tradition and the outsider fringe. Meditative electronic landcapes, arresting spoken word collage, and haunting electro-acoustics. Apart from a since-reissued track by Anna Homler and Steve Moshier (on the excellend Breadwoman comp from RVNG), the pieces here come from a whole host of American experimentalists whose time in the critical sun is yet to come.

The album is defined by a radical intimacy: close-miked poetic recitations, lonely instrumental soli, and melancholy reverberations. While the contributors come from all corners of the US, I feel a strong Pacific Northwest vibe: calm and mysterious yet bursting with life. Even the most conceptually high-brow tracks are melodic and human, moving at an unhurried pace.

No individual contribution overpowers the others, and the collection is expertly sequenced, gliding effortlessly from warm hypnosis to arresting collage. Even the sustained scream that kicks things off (Brenda Hutchinson’s incredible “Eeeyah!”) eventually reveals its melodic intentions, setting the stage for the subtle alchemy that the collection as a whole achieves.

The set is lovingly annotated by the artists in a 20+ page booklet, designed in a subdued 90s style, referencing the multilayered mysticism of early Jon Wozencroft, and typeset in Triplex, a uniquely post-modern face I discovered here, which has since become one of my favorites.

Original CD copies are affordable, if not common, and an official digital release has yet to materialize. Until then, the entire digitized edition, including scans, can be downloaded here.