Freshly Wrapped Candies - Grazing Amongst While Pretending to Be 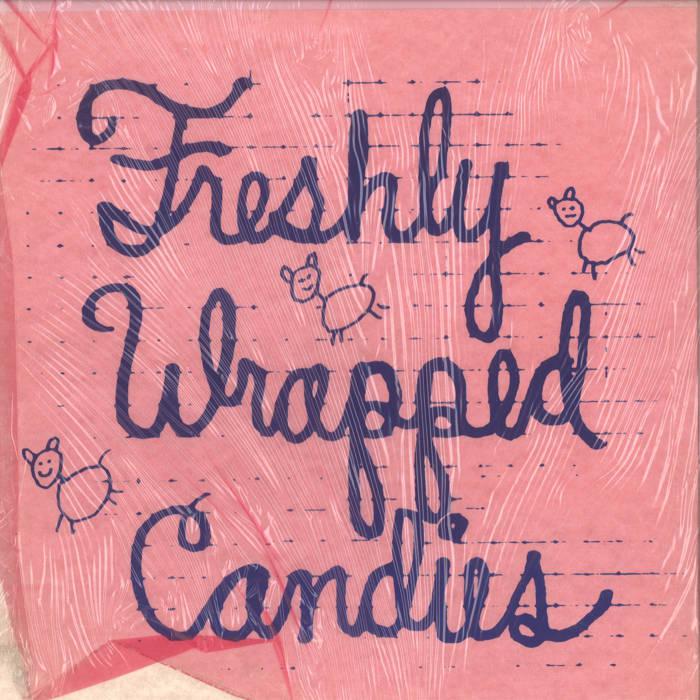 There's something about underground experimental music from California that I've often struggled to put my finger on... A certain zaniness, an affinity for camp, a high threshold for goof-ballery...

In the academic sphere, prestigious institutions like Mills and Stanford have given platforms to dozens of "serious" innovators, but at the DIY level, some of the state's most influential artists rock a full-on looney tunes aesthetic. This is especially true in my adopted home of the Bay Area, where the post-punk influence of Ralph Records turned a generation of musical outsiders into post-modern jokers, and young minds are continually warped by the performative whimsy of Burning Man culture.

As far as my own tastes go, I have a limited appetite for wackiness. I'm not some self-serious maniac who only listens to impenetrable noise, but the obtuse whimsy of something like Zappa turns my stomach. I'm continually exploring the boundaries of my taste here, because I know plenty of well-respected collectors who have unlimited reverence for some incredibly clownish music, and I'm nothing if not curious.

Which brings me to the record at hand.

This album, the first by California weirdos Freshly Wrapped Candies, is a perfect example of well-applied foolishness. Self-released in a miniscule edition in 1985, I stumbled across it in the hallowed halls of KALX's music library, digging to pass the time during a graveyard shift on air.

The almost "systems-music" simplicity of the compositions tempers the album's zanier instincts, and makes for an impressive set of outsider artistry that warrants close listening, sitting comfortably alongside mutant cut-up legends like Bernard Bonnier or Cromagnon. A seminal exploration of the modern jester mindset.

As luck would have it, the whole, massively-out-of-print thing is available on the group's Bandcamp page. Not only pay-what-you-want, but straight-up FREE. Transcendental absurdity is just a click away. ✌️