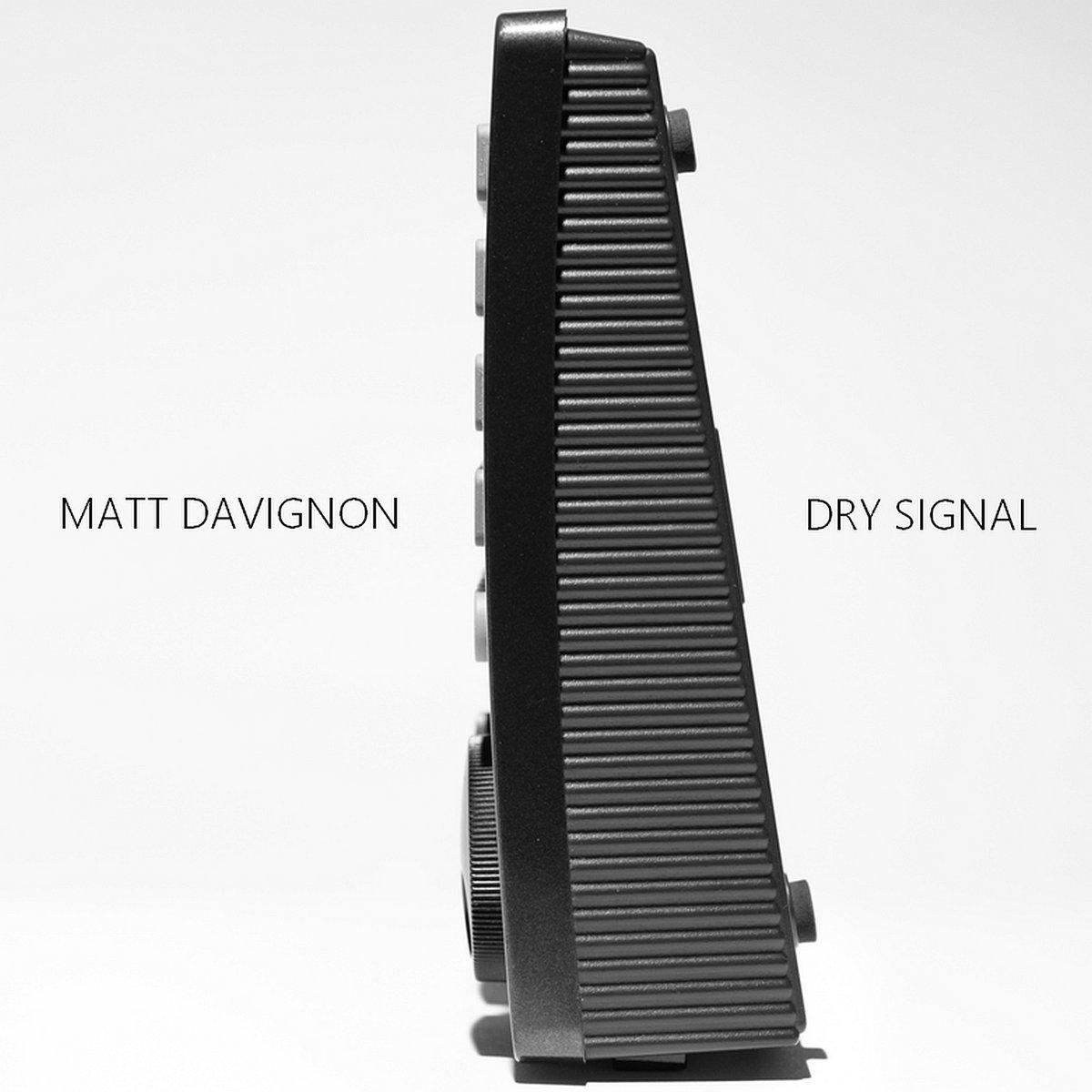 If there were an algorithm for generating album blurbs to appeal directly to my own bizarre sensibilities, the phrase "compositions for solo drum machine" would be hard to beat. Throw in "recorded in Oakland" and I would swear the album in question was an invention of my own overactive imagination. But believe it or not, Bay Area experimentalist Matt Davignon has been plumbing the depths of a single beat box since 2004, producing hours of uniquely odd music from the humble Boss Dr-770, a budget PCM box from the mid '90s designed by the legendary Roger Linn.

Previous self-released albums like Bwoo, Softwetfish, and Living Things have relied on the 770's live-looping and anti-natural sound set as raw materials, articulating alien landscapes by refracting hand-played sequences through elaborate effects chains. On Dry Signal, his latest, Matt strips things back even further, embracing the punchy, PCM sounds in all their arrestingly un-polished glory. Fortunately, Matt's an expert at exploiting the machine's performance quirks to coax all kinds of compellingly stochastic arrangements from a modicum of sonic material. Micro-tunings and envelope modulations stretch resonant tom hits into heterodyning bell tones, while hyperactive flams and rolls create psuedo-chorus distortions. A few tracks have a swinging, non-standard rhythm logic, but most are experiments in pure pointillistic texture.

If you want to intellectualize it, the 56-minute collection works brilliantly as an exegesis on the uncanny nature of sampled percussion, and the mind's ability to find patterns amidst chaos. If not, it's still strange, singular music that proves the old adage about the creative power of restrictions. Odd in the best way and highly recommended.

Grip the album now on Bandcamp.