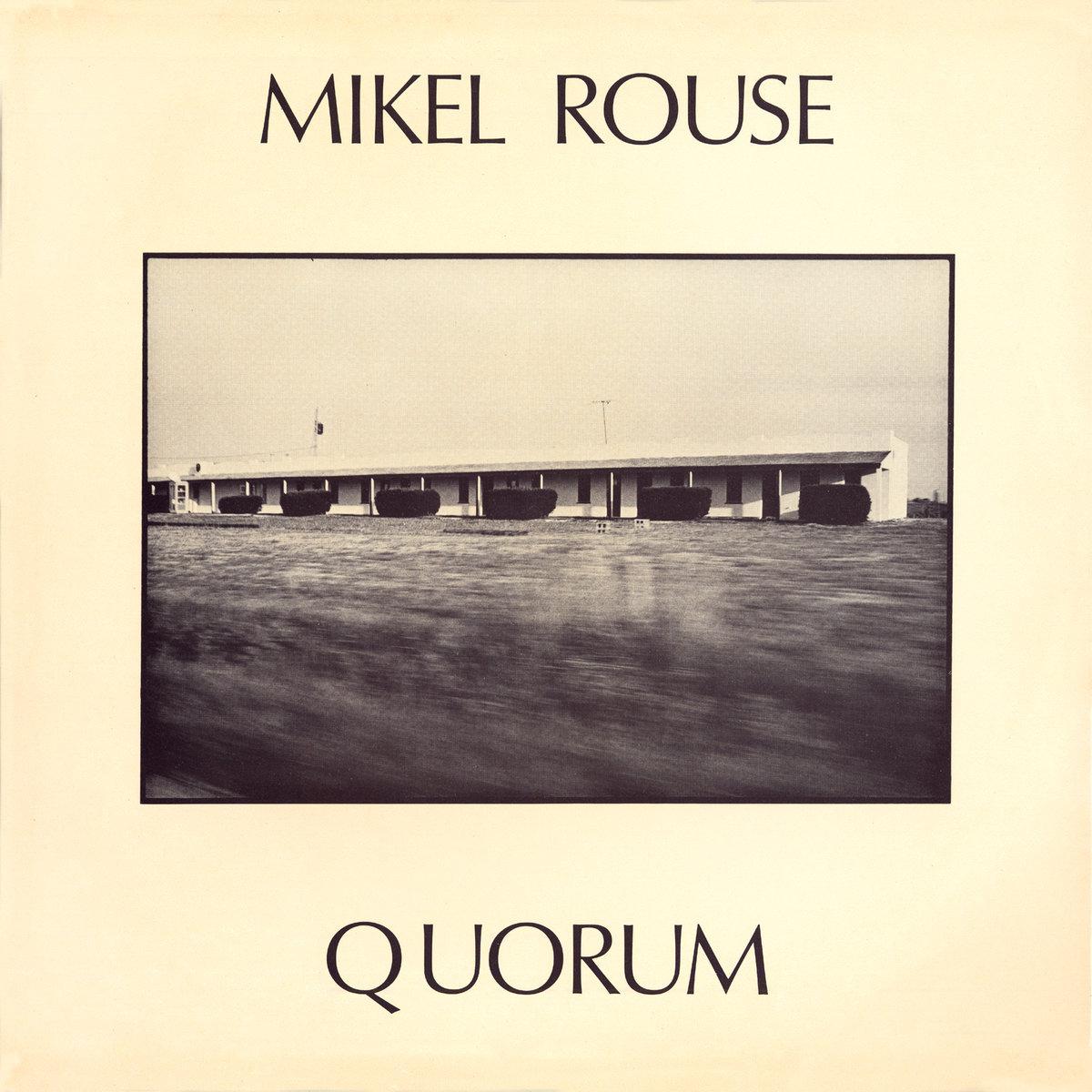 Quorum is the first solo release from veteran New York minimalist composer Mikel Rouse, released on his own imprint, Club Soda Music, in 1984. Rouse is probably best known as the founder and keyboardist of performance ensemble Broken Consort, responsible for a handful of critically-acclaimed LPs of lyrical 80s minimalism, in the Glass / Reich / Gordon vein.

While it would be hard to argue that this LP doesn't show clear influence of the NYC minimal canon, it's something entirely more bizarre and amazing. Consisting of two 11-minute long tracks, Quorum is a piece programmed on, and performed entirely by a LinnDrum, an early sample-based drum machine.

Here, the uneven arpeggiations and intervallic complexity of Rouse's chamber compositions are reduced to relentless drum jams. Complex rhythm sequences overlap and collide into twisting, wiggling world-beat monstrosities, carved from harsh, low-bitrate samples. Listen closely and you might hear the future of electronic music emerging from the cacophony. EBM, electro, and even footwork are all there for the taking, and snippets wouldn't sound out of place mixed alongside modern drum obsessives like Dolo Percussion, Hodge, or Jlin.

Most intriguingly of all, the whole thing was put together as a score for contemporary dance, which you can watch a bit of here:

The original LP has been getting pricier in the last year or so (with good reason), but Rouse's own Bandcamp has you covered.